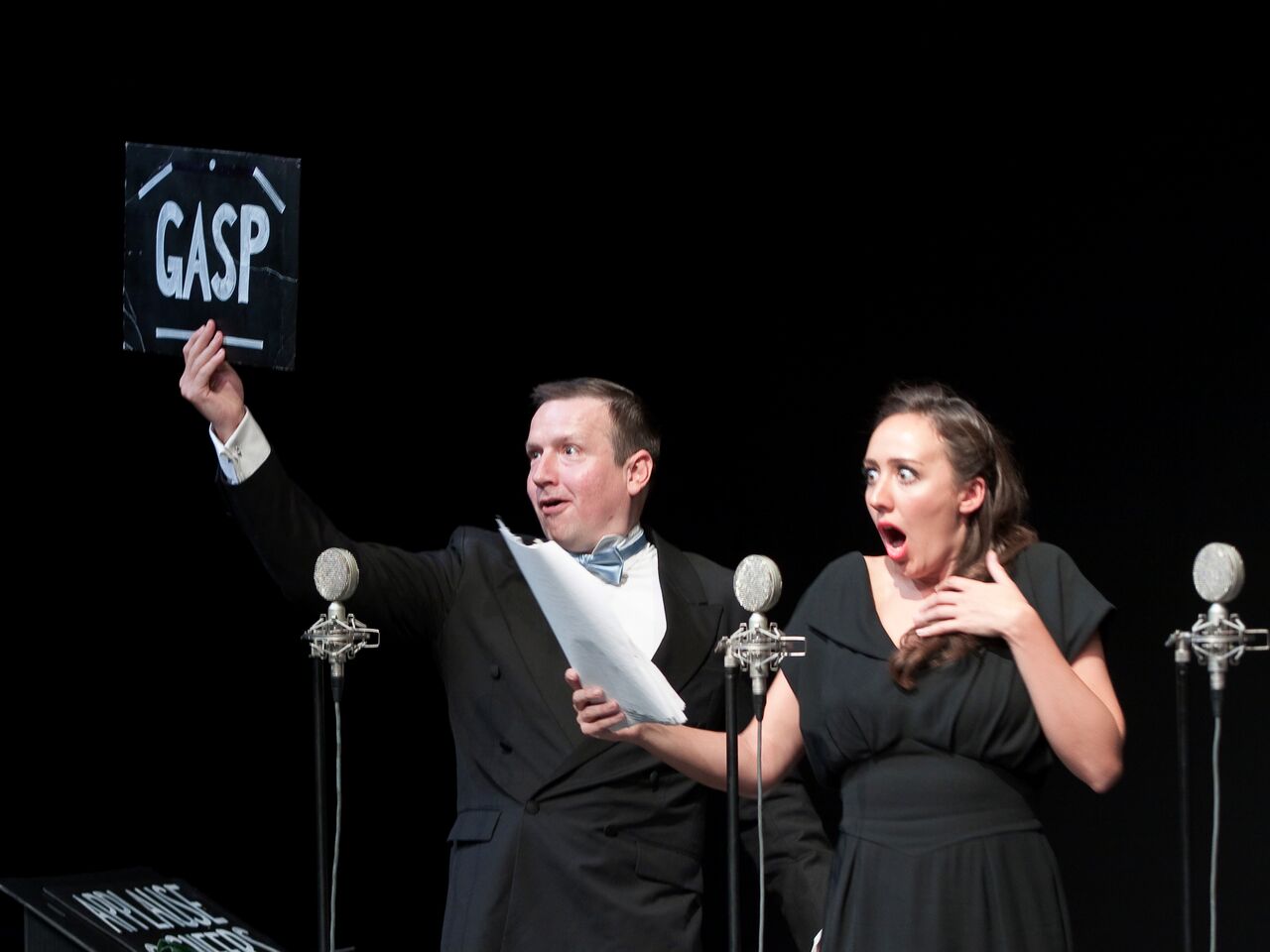 Theatre, radio, foley work, a church and gin – this is undoubtedly a recipe for brilliance! I present you with The Gin Chronicles, one of Edinburgh Festival’s staple acts that shines with sophistication.

A brand new adventure in the 5-star reviewed vintage, radio-style comedy series The Gin Chronicles. Come and join The Misfits of London for their 4th year at the Festival, and enjoy ensemble comedy at its finest. Set in New York, our detective duo of John Jobling & Doris Golightly are supposedly there on holiday, but what was to be a restorative stay changes when an inescapable gin-based mystery lures Jobling into Hell’s Kitchen. But where is Doris?

The team behind this vintage piece of theatre have hit the nail on the head. An hour is the perfect amount of time to be transported back to the times of classic radio comedy, complete with a glass of gin and an exceptional foley artist. Bringing the radio into the theatre is a bold move, but it works thanks to the great physicality of the five-strong cast. They truly bring a radio broadcast to life on stage.

The story itself is a tad simple, but that’s almost a necessary trait that beams focus onto the comedy of the piece. Not only are the cast performing great physical theatre, but it’s expertly intertwined with ? foley work. The sounds (and how they are made) are simply part of of the humour although there are times when you think this could have been pushed further, and perhaps be a little more tongue in cheek.

An imaginative way to bring radio to life – The Gin Chronicles in New York is classy, entertaining and inventive. With new shows every year, there’s no excuse not to sit back and relax into the 1920s, with a refreshing gin and tonic in tow of course.

The Gin Chronicles in New York is at the artSpace@StMarks as part of the Edinburgh Fringe Festival until 26 August. Tickets available online.