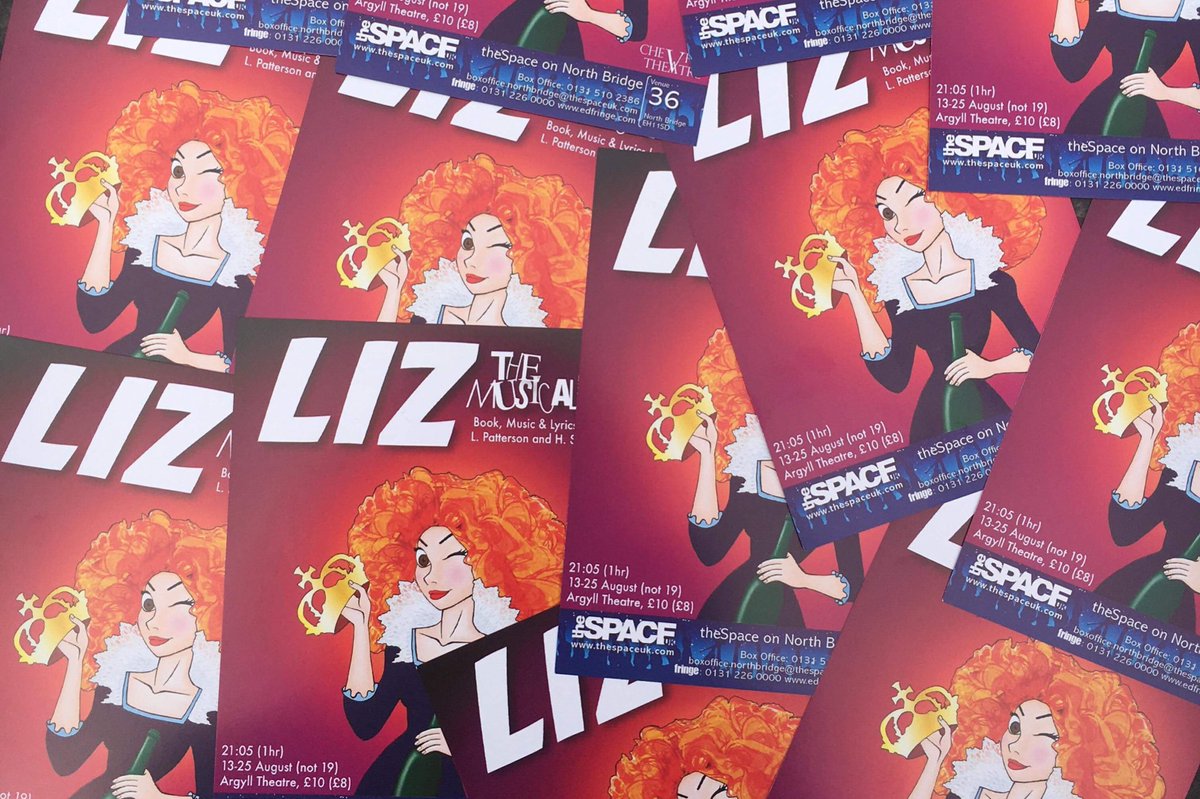 When every man and their dog are attempting historical musicals at the moment, you’ve got to do something a bit different to stand out. Liz the Musical certainly attempts to do that but sadly fails in its execution (ha) in a piece that lacks mature knowledge of the art, as well as maturity in general.

In a Tudor world, Liz – young, sassy, supposed virgin and the Queen of England – cannot stand the drawbacks of sitting on the throne as a woman; her overbearing councillors ignore her forward-thinking policies and constantly attempt to marry her off to boring and unappealing suitors. However when she finally takes decisions into her own hands and rejects King Philip of Spain’s proposal of marriage he declares war and assembles the largest fleet in history: The Spanish Armada. With her people furious and invasion imminent, how will Liz regain her people’s trust and save her country?

The show sets the tone from the off, but this comedy musical is far from comedic and more naive. There are glimmers of great writing one day but this company need to learn the craft more. This show attempts to be silly but the simplistic and juvenile humour lands awkwardly and offensively. It goes for the obvious, child-like joke instead of the clever one, and it needs to learn that dropping the c-bomb is very very rarely needed in the theatre, and definitely not in this show.

The musical is also very brash and in your face – all light and no shade, which could have garnered a tad more humour from the piece. There are moments that are actually quite original and show hope – the floating head of Liz’s mother and the song of Liz’s big Armada speech – but are all almost immediately ruined by childish jokes or not performed well enough to really bring the comedy home.

This is a piece that begged for better direction; sadly none of the cast members are particularly refined in their deliverance of a misguided musical that isn’t slick either. Liz the Musical sets out with the right idea but gets incredibly lost along the way. Immature, amateur and impertinent – with shows like Six the Musical just up the road this show needs to try much harder to not deliver an unpleasant experience.

Liz the Musical is at the Argyll Theatre at theSpace on North Bridge as part of the Edinburgh Fringe Festival until 26 August. Tickets available online.