Alex Stone is a hotshot lawyer about to make partner at a London law firm. When everything goes tits up at once, she’s summoned back to Little Thatchford, her tiny home town, to defend her friend Daisy… on a charge of attempted murder. There she finds childhood frenemy Richard Dick and a load of villagers convinced that timid Daisy has tried to off her husband.

The plot is sound enough and some of the writing behind the play is clever. There are truly hilarious moments that suit the piece to a T, brought to life by cast of gifted Fringe comedians, but there’s still open opportunities for more comedy in the script. I expected a laugh a minute (or more) but got a chuckle every few. There are supporting characters stealing laughs over the leads which takes the spotlight off them a bit – some of the funniest moments come from Karen, a minor character back in London. 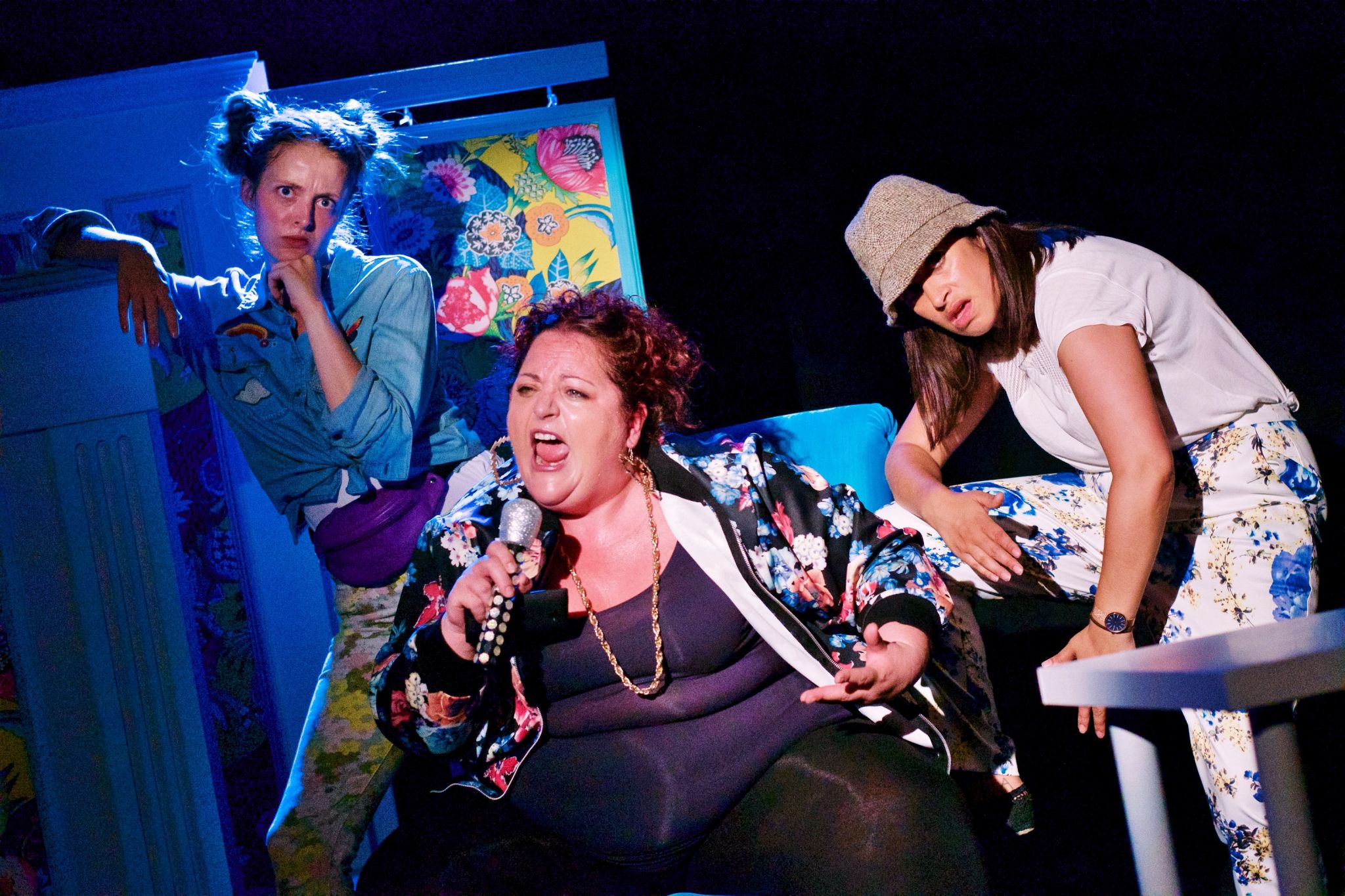 Where writer Jon Gracey did go right is the actual trial itself. A comedic Judge resides over proceedings being almost on the viewer’s side more than anyone elses, with some handy signs bringing them into the show in some classic Edinburgh Fringe audience participation. Played brilliantly by Thom Tuck, he has facial expressions to boot and great physicality. The witnesses, all played by Mandy Massa in a whirlwind quick change scene, were pitched perfectly and Violet’s rap simply brings the house down.

Courtroom Play: A Courtroom Play is obviously one of those classic non-offensive, carefree Fringe shows, but with signs of good writing I wanted more comedy from a piece set for hilarity.

Courtroom Play: A Courtroom Play is at 10Dome (Pleasance Dome) as part of the Edinburgh Fringe Festival until 27 August. Tickets available online.