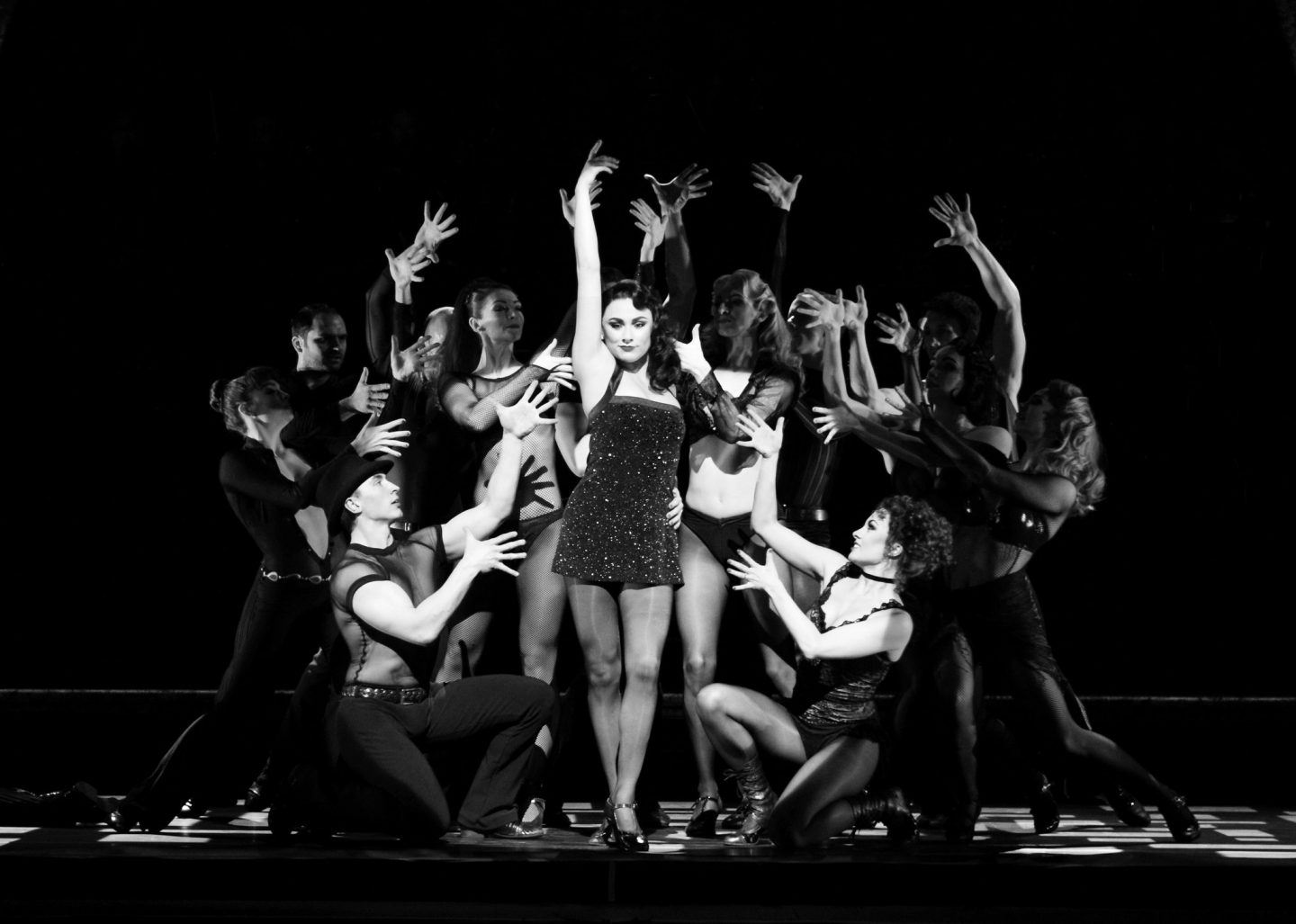 “Murder, greed, corruption, exploitation, adultery and treachery… all those things we hold near and dear to our hearts”.

The musical Chicago perfectly sums itself up in its first breath. This is a show I have seen again and again in the West End and have loved each time, so I was excited to see that the UK tour was heading to the Orchard Theatre in Dartford this week, and I certainly wasn’t disappointed.

Chicago follows the tale of Roxie Hart – thrown in prison for shooting her lover, she finds that the judicial system is just a game with a few lies and a bit of ‘razzle dazzle’.

You can’t deny that the show has a distinctive identity that many people are reluctant to mess with. Quite rightly too – it’s iconic. But when the set, costumes, staging and direction are all the spit of every other production of the musical (for good reason) the only place for some movement is choreography and character. There were some original portrayals of some of the characters, little quirks that I’d not seen before, but part of me really wanted to see some new choreography and not routines identical to the West End productions of previous years. I know, I know, you don’t mess with Fosse… his legendary style draws in huge audiences but it is still nice to see a fresh interpretation, however minor.

I was hugely impressed by the tight ensemble. They produced a lovely sound and were some of the strongest dancers I have seen in a touring production. Chicago is the kind of show where the ensemble have to be as strong as the principal cast, if not stronger, and they worked together perfectly, both as a group and in their individual cameos.

It was nice to see the celebrity names on the bill without compromising theatrical talent. John Partridge was a smooth Billy Flynn, very cool and controlling. Sam Bailey really impressed the audience on home turf. Hayley Tamaddon portrayed a slightly different Roxie to what I have seen before – very animated and self-assured which I liked.

Sophie-Carmen Jones was the strongest of the leading cast – sassy and confident with a superb voice and fantastic dancing. However the showstopper was Mary Sunshine herself, A D Richardson, whose vocals in A Little Bit of Good simply wowed me.

It was a shame that there were some sound issues from where I was sitting and the lead vocals were often drowned out by the chorus, as well as a few ends of lines tailing off, although that could be down to diction too. Not too much of an issue for a veteran Chicago visitor like me but not ideal for newcomers to the show.

But I am being picky here, because this is a fabulous show and I expect a high standard, which I certainly got; a tight ensemble, talented leads and an all-round hit of a show. I would recommend you go and see it at the Orchard Theatre but it’s essentially sold out – you may have to beg, borrow and steal to get ticket!

Chicago runs at the Orchard Theatre, Dartford, until Saturday 5th March before continuing its UK tour.