The incredible 42nd Street has graced the West End for more than a year now. I was lucky enough to see the show at the very first preview, and even then I was blown away by how polished and spectacular it was. I returned more than a year later to see some new additions to the 50-strong cast but there certainly wasn’t any difference in the quality!

I was dazzled by the show right back when it first opened in 2017, so dazzled it got four stars from me! The sheer size of the show and talent of the cast shone in this production…

You sit down at the start thinking ‘something’s got to give’ – a cast of 50 is a big expense, but there’s no corners cut here. The costumes, sets, and outstanding orchestra all match up to the immense cast and dance mastery. 42nd Street really is an all-round great of this theatrical era, lovingly nurtured for current tastes and executed with magnificent finesse. One thing’s for certain – you really must meet these dancing feet! 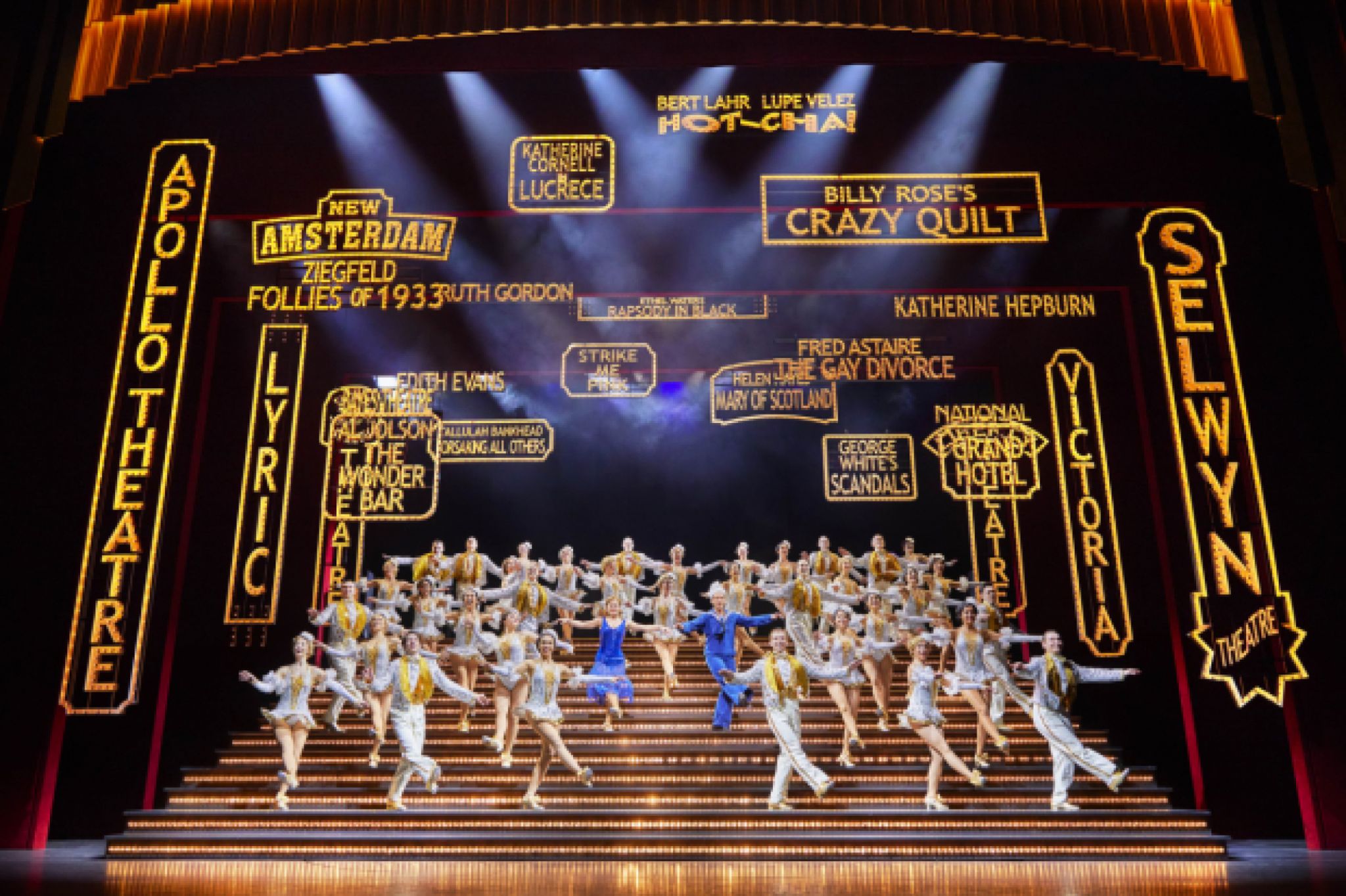 The dancing is amazing, obviously

And I don’t think you need to love tap to enjoy it! You might be worried that all that tapping gets a bit too much after a while, but far from it. The songs, costumes and set are different enough from number to number to have you begging for more.

The cast are impressively slick, and when there’s 50 of them that can’t be an easy feat. Highlights include We’re in the Money and the iconic 42nd Street with that well-known stair choreography!

You can see the legendary Bonnie Langford as Dorothy Brock

A star of stage and screen for decades, Bonnie Langford is a triumph as Dorothy Brock. She has the feistiness the role needs and a voice to boot too, handling some of the show’s biggest ballads with ease and buckets of star quality. Claire Halse is fantastic too

What a leading lady Claire Halse is! Playing Peggy Sawyer, she barely leaves the stage and completely carries the show with sensational tapping and a gorgeous voice. She truly is a triple threat.

There are some great discounts around

This is a show that is worth the top ticket price, but if you aren’t quite ‘in the money’ you don’t need to miss out. Not only can you book directly from the venue in advance from just £15, but you can get great seats for less with last minute discounts – great when on a budget!

The Official London Theatre TKTS booth in Leicester Square offers up to 50% off some fantastic seats when purchased in person on the day or a couple of days before, and they also accept Theatre Tokens. You can also download the TodayTix app for the chance to buy £25 ‘rush tickets’ – a limited amount of tickets released at 10am for shows on the same day in some of the best places in the theatre. All you need to do is share a social media post to unlock access.

You can be part of the chorus… almost!

We’d all love to be up there tapping our toes with the best of them, well 42nd Street have thought of that too. Don’t forget to stop by the photo board outside the theatre and show off your moves with the ladies of the ensemble! 😉

42nd Street is only around for a few more months so don’t let this one shuffle off to Buffalo! Book your tickets now before the show closes in London on 5 January 2019.

This content was created in exchange for tickets to see 42nd Street. All views remain my own.