Amélie has just arrived at The Other Palace for a musical-filled, gnome-travelling, French Christmas season. The stage adaptation of the popular 2001 film first appeared in the US and made its way to Broadway before being taken on by the Watermill Theatre here in the UK. After touring the country in 2019, it’s in London’s The Other Palace for a few months. So why should you see this quirky show?

After seeing the show on tour in Wimbledon, I awarded Amélie a huge five stars. I was blown away for many reasons but you can read them all in detail in my review.

Audrey Brisson is the perfect Amélie

Amélie is played by Audrey Brisson, who recently appeared as Jiminy Cricket in the National Theatre’s production of Pinocchio. She lives and breathes this part on stage and her storytelling is outstanding. Although the character struggles with letting people in emotionally, Audrey does not, and she draws in the audience making them believe in character and everything she does. I can’t imagine another Amélie!

I tend to be wary of actor-musician shows (sadly I don’t feel that many productions manage to pull it off) however Amélie absolutely nails it. The orchestrations and arrangements in this incarnation of the show are far superior to the Broadway soundtrack in my opinion. The entire thing just sounds beautiful and the music emotionally captures the essence of the show brilliantly. You’ll be listening to the soundtrack for days (it’s still really good!) 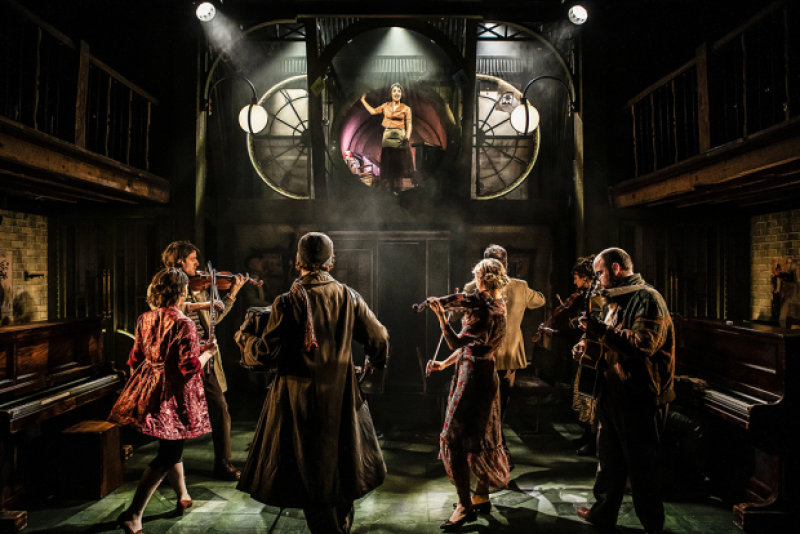 For a small show in a small theatre, you’d think that the technical side might be small too, but no. The costumes are spot on, the set is functional and clever, and the lighting is gorgeous and actually part of the storytelling. You’re definitely getting your money’s worth with this one!

There’s a gnome in it

There’s a gnome. It does some dancing and it travels the world. Need I say more?!

This exquisitely put together show is the perfect Christmas gift, maybe for yourself as well as others! You won’t be disappointed by the quaint tale of helping others and falling in love.

You can see the show at The Other Palace until February 1 2020. Tickets available from London Box Office here.